I read this ages ago, but it's one of my favorite books so I just had to review it. 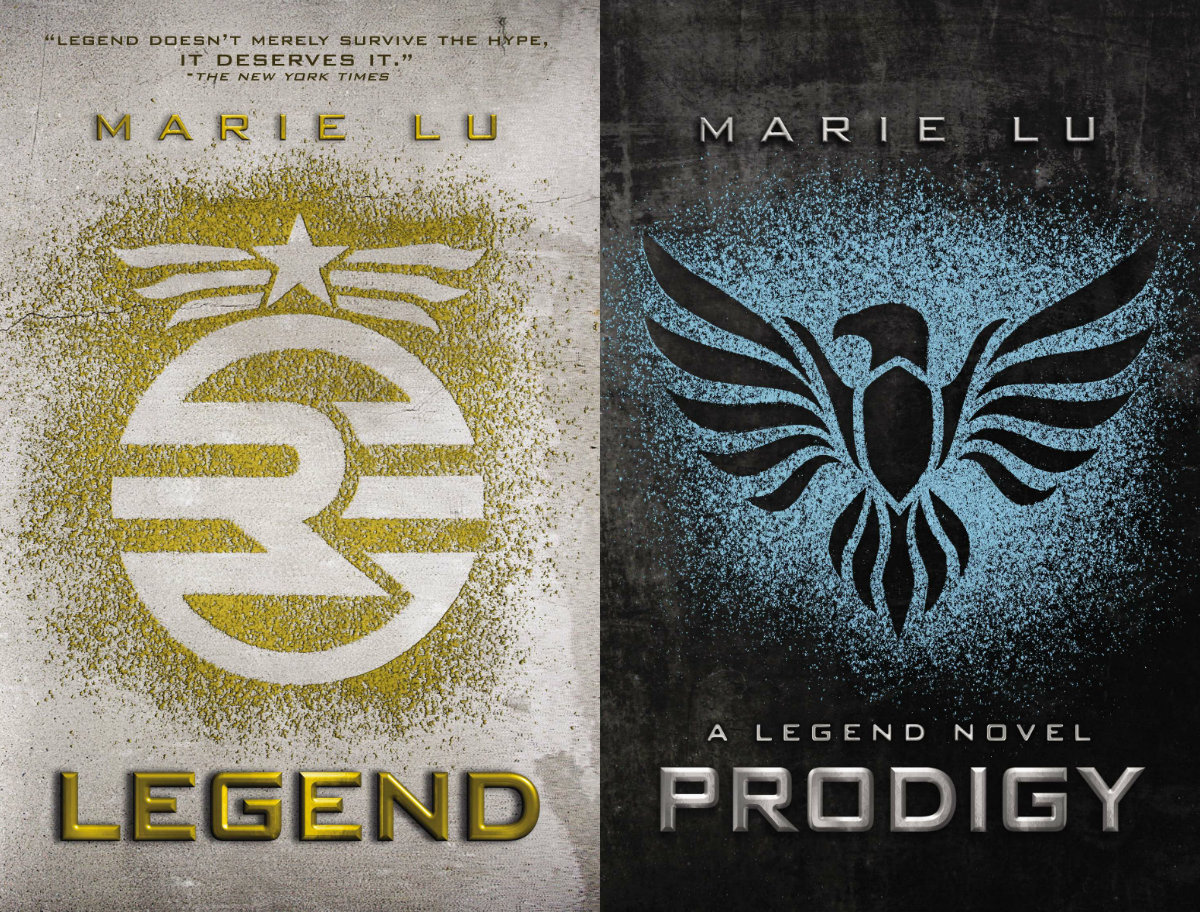 15 year olds Day and June are complete opposites. Day is a street con, the most wanted criminal in the Republic. June is the Republic's golden girl, a prodigy trained for the military since the age of 10. They lead completely separate lives, until a tragic death brings them together, where they both start the question the dystopian society they live in.

Day and June are now on the run from the Republic, and Day's injuries are getting worse. The two prodigies join the Patriots, the largest group of rebels in the Republic. The Elector dies, and his son Anden takes control of the Republic. The Patriots send June in as a spy, but are Anden's motivations the same as his fathers?

I have no words. This book, when I read it last year, consumed my life. I just couldn't stop thinking about it.

The plot is well paced and the writing style is direct and brings the reader into the moment with the character. The alternating POVs also serves the plot better than I could have expected. Both the protagonists start off with very different points of view, and their change of heart, especially June's is intriguing to watch. The action is heart-poundingly brilliant, and the whole society that Marie Lu has constructed is wonderful. The romance between the two characters, I think, is believable and the strong love for family that both characters have shows us stunning parallels between the two character's lives and brings them to the conclusion.

The negative side is, with both characters being on the far ends of society, and both being super-duper prodigies, it's kind of hard to relate to them. While your heart will break with them and laugh with them, it's almost impossible to feel connected to them in the way you could connect to other characters from other books.

Grade: A+ Beautiful. Everyone should read it.

Prodigy (This has like no negative reviews on GoodReads. Really):

I had really high expectations for this book after the first one, and it did not disappoint.

The characters are developed further with this book, showing bits of their personality that come through  with far more clarity than in the first book. The plot is constantly moving, but with just enough slow moments to keep you from passing out from exhaustion. June and Day start seeing the reality of their relationship as it develops further and start to notice their differences. Day's old sidekick Tess joins up, and the conflict between Tess and June is evident from the start. June's mission is tension-filled and she gets to flaunt her abilities. The decisions she makes are more relatable than most book characters (yes) and you really feel that you would act that way in her situation. We also finally get to see the real reason for Metia's death and why Thomas killed him (no. NO.) We see the Republic from the eyes of the dictators and see the big picture and get to know Anden better. This book keeps you doubting your judgement together with June, and feeling the internal conflict from Day.

On to the bad stuff. (This may be spoilery.) While Day and June were definitely way better developed and relatable in this book, things keep happening to them. For example, Tess. She's a rather underdeveloped character, despite giving her a backstory and developing her personality a little. The ending impression you get of her is not pleasant and even slightly annoying. That's all.

P.S. It's been options for a movie and YES the producers of Twilight have been signed on. I didn't like Twilight the movie, but the producing was actually brilliant. Just the casting. And the screenwriting. But whatever that's just me.
Posted by Jeanne Izzy at Thursday, April 18, 2013