Okay if you've seen my last review you know I didn't like it that much. BUT THIS EPISODE. IT MADE ME SO EXCITED. 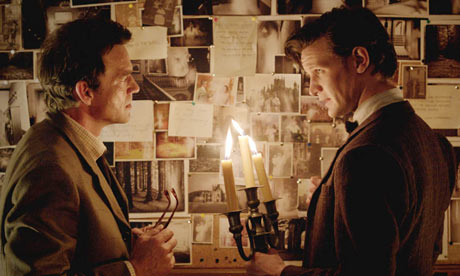 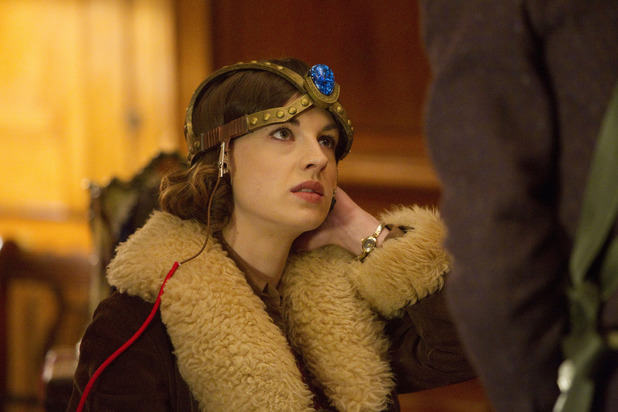 The Doctor and Clara arrive in 1974 to investigate a house haunted by a ghost. Already investigating the house are ex-military professor Alec Palmer and empathetic psychic Emma Grayling, who attempt to reach out to the ghost woman who has been haunting the house for centuries. Upon arrival, the Doctor and Clara immediately  wreak havoc on the place, revealing the truth about the haunted house. It is up to Emma and the Doctor, working together, to save the woman.

I really didn't like the last episode. I made that clear. But this episode just redeemed that. Neil Cross did an excellent job. The monologues he gives the Doctor are heart-wrenching and all the tiny nods to the previous series are just...I cried a lot. Let's leave it at that.

Matt Smith's acting wasn't put to the test as much as it was in the ROA, but Clara's sudden awareness that she would one day just be 'temporary' to the Doctor gave him a lot of room to return to that place in the Doctor's head that was shut when Amy and Rory left. Clara's cute matchmaking between the professor and Emma was adorable and sweet and added a nice touch to the intriguing plot.

It starts off scary, with flashes of the ghost screaming for help and then the Doctor comes in and makes it a whole lot scarier. The creeping around the house with the candlesticks was a bad idea for them, but it certainly added to the creepy atmosphere of the first half. Then the Doctor's heroic mission to save the screaming woman was just incredible. The forest reminded me of Purgatory from Supernatural. Yes, creepy. But all the nods to the previous series are what made it awesome. Like the spacesuit. Remember when the Doctor wore that orange space suit in Series 2? Yeah. He wore that spacesuit.

And we get a sense of wrongness with Clara. She's beginning to notice that the TARDIS doesn't particularly like her. (Captain Jack Harkness, anyone?) And her sass-off with the TARDIS interphase was just hilarious. When she starts to question it, you can see the Doctor visibly hiding something. When he finally questions her existence by asking Emma, you get the feeling it's building toward something.

But the last scene was just...weird. I can't say I disliked it, but it wasn't particularly what I had hoped for. So that's pretty much the only thing I disliked. But it was an adorable ending to an episode anyway.

Okay. That's it. Now I have to wait a whole week.