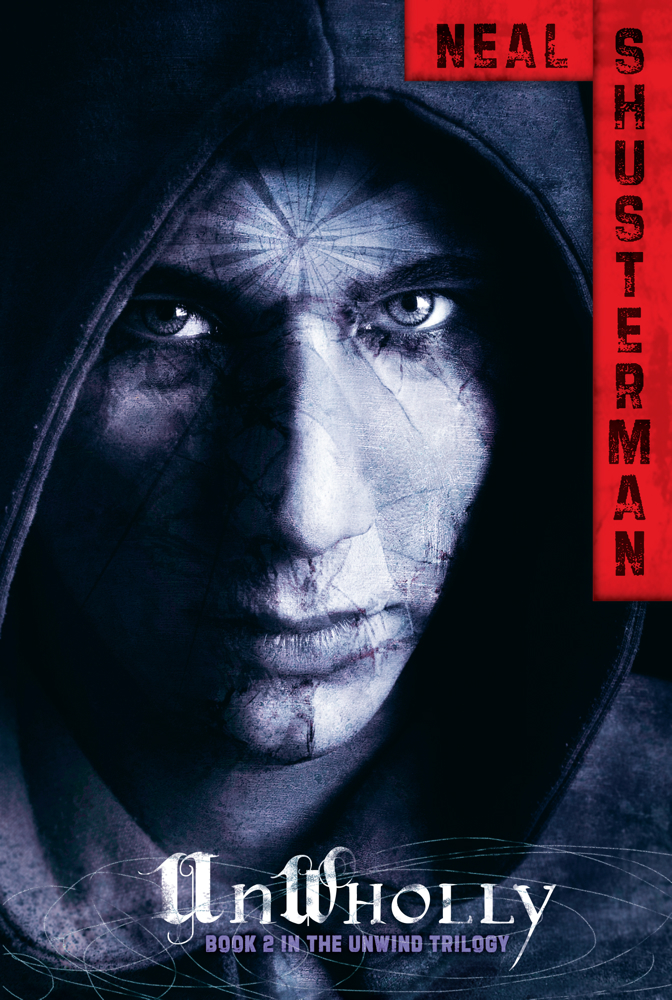 After the story of Connor, Risa and Lev has spread to the rest of the country--they can no longer turn a blind eye to the effects of unwinding. Now Connor leads the Graveyard for escaped Unwinds, and Lev now represents hope for the tithes. But the government is aware of all this, and the morality of unwinding problematic teens has finally come to question. But another project is taking place. Cam is a teen created from the parts of unwound kids--he technically doesn't exist. But he has feelings and memories too, and the question of whether he has the right to a soul is brought front and centre.

Unlike a lot of people, I didn't read the first book when it came out in 2007. But I do know how risky it is to return to this dystopian world after five years, during the peak of the dystopian popularity. But Neal Shusterman did a powerful job in continuing the stories of our three main did a , introducing new characters to the plot.

I think he did a realistic portrayal of what the aftermath of the events of Unwind would be. Connor's fame doesn't get to his head, and the pressures of running a safehouse get to him the way it would get to a real person. He stays grounded. Risa's problems dealing with being paralyzed cause problems between her and the stressed-out Connor and her point of view is practical and not overly romantic, which makes me incredibly happy. You have no idea how much I love these two.

Lev has his own story to tell. His sudden burst of fame comes from being "the clapper who didn't clap", drawing other clappers to bomb him together with his older brother and guardian, Marcus--the only one who stood up for him during his tithing ceremony. But he is separated from his brother and taken in by a foundation that uses his example to bring other tithes to their senses. He's treated like a god, until a stubborn tithe named Miracolina comes along. Taken from a car on the way to her unwinding, he stands by her beliefs stubbornly and refuses to see the truth. This rings a bell with our young Lev and...you can guess what happens. I loved the chemistry between the two characters. Lev develops greatly as a character in his plotline and it brings out a side of him that we didn't see in Unwind.

And finally we have Cam. He is literally the very thing I wondered about upon reading the first book, with all that talk on souls and body parts. But his story arc made me angry, just for fangirl reasons. I mean, the whole *spoiler* Rise plotline thing was amazing and interesting, but Y U MESS WITH MY OTP NEAL SHUSTERMAN *end spoiler* Gah. The ending is left open. That makes me uncomfortable. Good work there author.

So the whole thing with Starkey just pissed me off, but I guess that's the point.

This book was a great sequel to Unwound, despite being written five years later. Neal Shusterman brings his well-developed dystopia even further, satisfying all the questions I had and bringing in a new set of great characters to add to the story arcs of the first book.

And now I sit clawing at my eyeballs until October. Great.