Despite loving the previous episode for fangirl reasons, I'm starting to notice the declining quality of the story arcs for Moffat's Doctor Who. 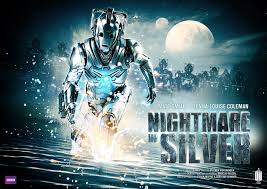 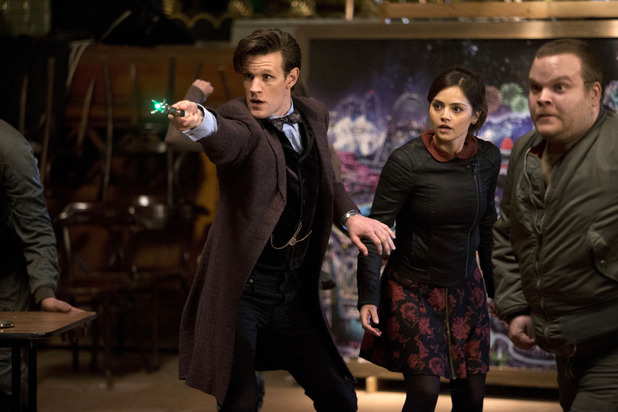 The Doctor bring Clara's two wards, Artie and Angie to Hedgewick's World of Wonders. However it's been closed down after the disappearance of several of its guests. But the Doctor uncovers a much darker plot behind this desolate planet and is forced the battle with his own mind to save the day.

I was really looking forward to this episode. I really was. After the weird, out of context ending to the last episode, I was expecting a bit more of an argument between the Doctor and Clara about bringing the children along for a trip. Instead we start the episode with the four of them exiting the TARDIS. I mean, there was just this big hole there that I wanted to see.

Warwick Davies made an appearance in this episode. I was impatient for his appearance. He's been in a ton of movies and TV shows, including Star Wars and Merlin (let's not forget Professor Flitwick) and his character here was probably one of the high points of this episode. It was interesting and his acting brought some depth to this episode.

I have to admire Matt Smith's acting ability in this episode. I've always thought he was a decent actor, but his performance here was incredible. He had to imagine a character battling within himself, so he had to switch between language patterns, accents and facial expressions every few sentences. It must have been incredibly difficult, and I applaud him for having pulled that off. There were many nods to the previous Doctors as the Cyberunit shuffled through the Doctor's head, with his spouting lines such as "Fantastic" and "Allon-sy", and the Cyberunit's mention of "The Impossible Girl" to Clara while also hinting at the Doctor's feelings for Clara. Matt Smith's performance in this episode should be a big "whack on the backside" for all those haters.

But this episode was what really made me accept that Moffat's plots are just....going down the drain.

For example, this episode revolved around some things that were just plain irritating. *Okay so as per review policy I may or may not get a little sarcastic here*

1. Artie and Angie. I mean, those two did basically nothing for this entire episode, and were completely annoying whenever they did anything. I mean, I know most companions don't stay when the Doctor tells them to stay, but at least they do it if they hear a noise or something happens. They don't just run off just to defy the Doctor. I mean, come on. Those two were completely irrelevant to the episode.

This is literally them:

Errrrggghhhhhhh *rips hair out*
And then they spend the rest of the episode in a walking coma.

2. Clara. I mean, I usually love her as a character. But in this episode, she was just plain weird. She started out fine, but when the Doctor made her commanding officer of all the soldiers on the planet, she automatically snapped into this bossy commander who thinks she knows best. I mean, firstly that's not human, and secondly, it's totally not in character. I just found that completely ridiculous. Come on. Her chemistry with the Doctor was low on this episode, but that's not really a problem. My main problem was the sudden I-am-your-commander crap. I mean seriously.

3. The Cybermen. While I do enjoy the old Cybermen from the old series with their mild sass and scary power plots, the new design just turned me off. I mean, the old shape of the head was one of things that made the Cybermen terrifying (I dont know... something about their faces just made them intimidating). But with the new round heads, despite possessing a large part of the scariness that the old Cybermen did, the heads are just a bit too...
I really don't want to say this.
I really don't.
I really really don't.
...
Cute.
*sobs*
I don't know how else to put it.
Also, the dynamic of this new Cybermen was so weird and far from from David Tennant's time Cybermen that it was just too far-fetched for me. So down points for that.

4. The ending. The ending, was, as it was, the same weird ending that all the rest of the episodes form this new season are like. But I just found it a bit hard that Clara never asked about the whole "Impossible Girl" thing. That is seriously what's keeping me going now.

In conclusion I hope Moffat get's his plot together in the end.

Also, the prequel for the next episode, the season finale is out. And I can quite frankly say that it was cliched, creepy, and confusing. So go watch that.


Grade: B- Not the best episode.