Ohmygod so this is way late because I had problems finding a download link and such. But I watched this last night and it killed me. Not sure if it's in a good way or bad way. 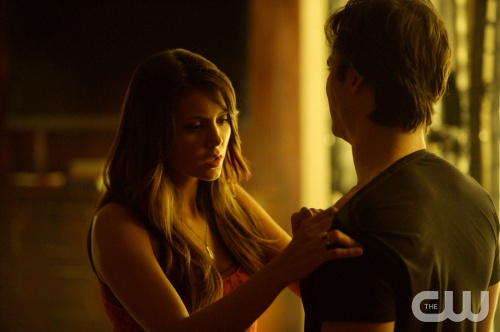 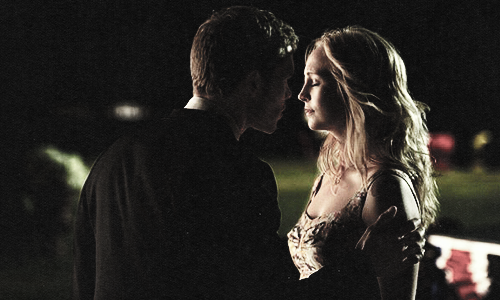 With the Veil dropped, supernatural creatures thirsting for revenge are swarming the town. Bonnie carries out the day as if she's still alive, while the rest of them are constantly in danger from vengeous ghosts. As the ghosts converge at the teens' graduation ceremony, Bonnie proceeds with her plans to restore the Veil. With Damon's life endangered and witches after them for revenge, an unlikely hero returns to Mystic Falls, and Caroline gets an unexpected graduation present. Elena finally makes her decision between the Salvator brothers, and results in an epic showdown with Katherine. Finally, Stefan discovers a terrifying clue about Silas.

We start off knowing that Bonnie's dead and ohnohow. Everything's really sweet and awesome and everyone's happy, but then you get the hunters.

I have to say that this episode was epic. While it certainly wasn't incredible or particularly original, the storyline was interesting yet mysterious enough that yo're just dying for the next season. It was extremely emotional, in both good ways an bad. I can't say there was any particularly exceptional acting in this episode, but it was pretty good nonetheless. (Except Damon's eyes have you seen his eyes? Also that movie star smile that Caroline gave Klaus I mean...)

The departure of all the dead characters was amazing. You can really see how Lexi brings out the fun side in Stefan, and how Alaric's advice and bro-talks with Damon help him get by emotionally with Elena and how much it encourages him. Jeremy's return helped Elena to move on from her hatred and bitterness. Though his official return from the land of the dead (yes Bonnie managed to resurrect him) might prove to be a crutch to Elena, since his death was really what allowed her to finally let go of her overattachment to her loved ones and accept her vampirism.

Caroline and Klaus' relationship has been gradually improving, and we can see really clearly now that she does seem to like him back. He softens for her, and now Tyler's allowed to come back to Mystic Falls (squee!). I'm really looking forward to that. I missed Tyler, sort of. Another relationship that has been improving is Rebekah and Matt. The hunters trapped them in a bomb, giving the writers a wonderful opportunity to let them have a hot makeout before Rebekah saves Matt's life. He agrees to roadtrip with her, and YAY.

So Bonnie's now dead and the Veil's bee restored. Elena declared her love for Damon and gave Stefan the cure, but in her and Stefan's exchange, the end result (of who actually kept the cure) is kept secret. Until the end.

Now tell me, how does one film a fight scene with oneself? We see a deeper side to Katherine, revealing the truth behind her bitterness and anger to see the lonely girl who's been running for years. In her jealousy at Elena's happiness, she lashes out and tries to kill Elena, but Elena reveals the cure--and force feeds it to Katherine.

And BAM the end of the episode.

So I'm seriously having trouble processing that now most of my fandoms are on hiatus, so I'm debating on what to watch next: Elementary, Hannibal or Adventure Time.

Tell me what you think!